Review was published on http://www.kellyallenwriter.com/2017/07/review-vicar-of-dibley-with-everymans.html 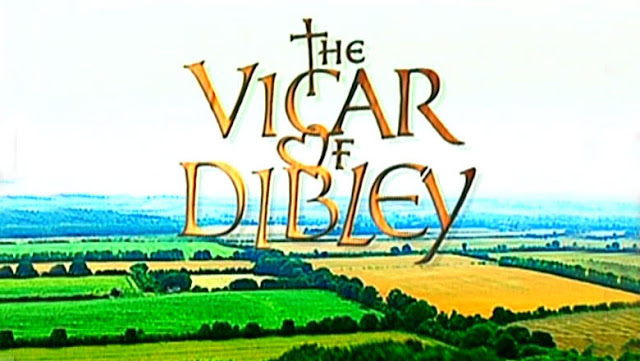 I adore The Vicar of Dibley, I always used to watch it with my Dad and we’d laugh, cry and sigh together as the crazy bunch of characters formed bonds and learnt to love each other despite their difficulties. Cardiff Open Air Theatre Festival were brave to take on such a well loved sitcom and I was excited to see how they would tackle the characters, the set and the storyline.
As ever, their perfect little world of theatre opened up early to provide us thirsty audience members with drinks and there’s even the chance to enjoy a tasty burger from ? Before the show or during the interval. The staff were on hand every step of the way, smiling and passionate about the festival; it was wonderful to be warmly welcomed and their seating areas were themed perfectly to match the production… 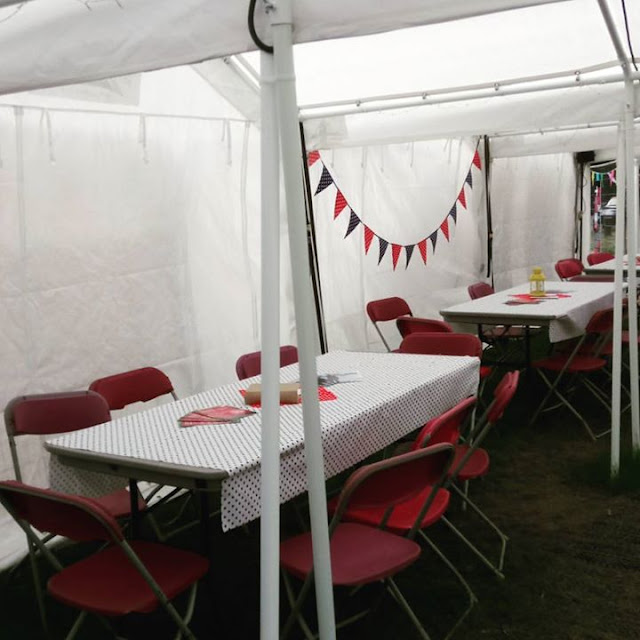 The stage was set with different areas for different scenes and I think it worked very well indeed; the flow between scenes worked perfectly and it was easy to follow the story and scene changes. The costumes were in-line with the TV sitcom, and I particularly loved the various jumpers and cardigans sported by Geraldine Granger (Fiona Porter-Smith).
The story follows Geraldine as she embarks on a new adventure as the Vicar of Dibley, a quaint town full of various quirky characters. The cast as a whole were fantastic, from Jim Trott’s (Wayne Vincent) ‘no-no-no-no-no-no-yes’s’ to Letitia Cropley’s (Bella Kemble) weird and wonderful food concoctions, there’s no end of giggles to this performance.
I thought Fiona Porter-Smith did a fantastic job of portraying Geraldine, offering the right balance of humour and sentiment. I loved her presence on stage and her interaction with the other characters, I especially loved how her relationship developed with David Horton (Neil Davies); they had a connection and the closing scene was incredibly sweet between the two of them. 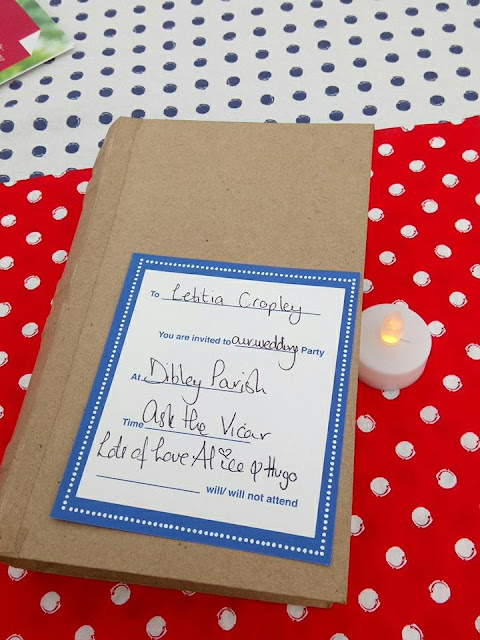 I thought Sophie Lewis was amazing as Alice Tinker. She was cute and kooky, and her relationship with Hugo Horton (Edward Kettle) was adorable. There’s a lot of talent between these two, and Alice was played in such a way that I just wanted to be friends with her! She really held my attention, as did Hugo.
Without question, the person that stole the show for me was Stephen Lurvey’s portrayal of Owen Newitt. He was unbelievably hilarious, and his potty mouth left me in stitches. His voice, accent, mannerisms and performance were faultless and Warren and I both agreed he was incredibly funny and his punchlines were perfectly timed and delivered. He was amazing!
The show was funny and heart-warming, it dipped from laugh out loud moments to more thoughtful aspects of the story, and the audience responded well to it all. I think if you’re a fan of the TV show then you’ll have an awesome night with the people of Dibley and Everyman Theatre.
The show runs until 15th July 2017, so book your tickets now!
Disclosure: I received tickets in exchange for review. All opinions are 100% honest and my own.
SHARE:
MENU